Ethiopia’s Privatization: 49% States Something Important, but Hides Other Things Essential

Every time the Ethiopian government releases news regarding privatization of public enterprises, we hear a lot about a magic number, 49%! This is to underline that the public enterprises would be privatized only partially. In order to stress this point, the 49% figure is given some prominence to indicate that actually it is less half of the value of the enterprises that will be sold to private firms.

Actually it is understandable why the government stresses this element in the privatization process. Public discourses against privatization of the public enterprises has gained some momentum in recent months. The repeated reference to 49% is meant to raise awareness among the general public that after all the government will not lose ownership entirely and that injecting private investment for modernization is all that is needed. The authorities are essentially reassuring the public that the government would still retain majority share in all cases.

In my opinion, the emphasis on the size of the share to be retained in government hand explains something important but at the same time it confuses other things really essential in the process of privatization.

The part that is revealed is nothing new. The 49% share remaining in public hand is something that is borrowed from the old school of thought in development economics. During the immediate post colonial periods, when newly established governments favored public ownership, rare public-private joint ventures were dictated with 51 to 49 rule. I think it is this rule that the Ethiopian authorities have inadvertently revived in privatization discourse, except that here we are talking about public-private partnership rather than the joint venture of the previous era.

Unfortunately, however, there are many other essential matters that apparently are not given due consideration. I will illustrate this by referring to the manner in which Ethio-Telecom’s privatization has been planned. There is a talk of splitting the corporation into two components: infrastructure and service. These exclude the regulatory body which is a third element.

The entity dealing with infrastructure will be responsible for installation of things like nationwide fiber optics and telecommunication towers. The second component is envisaged to be responsible for provisions of retail services including SIM and air time cards, access to internet etc.

Here is the most critical element in this story: the government is tendering to recruit two telecommunication firms to enter the Ethiopian market in less than a year. It is unclear whether this is meant that one firm would take responsibility for one component (two units, two firms to be tendered!)

To start with the easier argument, it is unclear how the 49% thing would work in this setting. Does it mean that the government would have 49% share in each of the two operational entities (infrastructure as well as services)? It is perfectly sensible if the government retained majority share in the unit that will take responsibility for expansion and improvements of telecommunication infrastructure and its management.

It would be sensible if the government fully privatizes the service component and retains part ownership in the infrastructure component. The only problem with this is that the maths would not work out to come exactly to 49%. It would either be greater or less than that number. The fact is this: it does not matter whether government retains 39% 49%, 59%, or 69% share in ownership. What is crucial is to design a meaningful and promising privatization of each of the public enterprises.

While the establishment of a regulatory body is a must for each of the public enterprises, the manner in which each of those enterprises would be divided into components should be dictated by the possibility of introducing competition.

To continue using Ethio-Telecom as an example, the split of the company into ONLY TWO parts was not appropriate. Telecommunication infrastructure is bulky. It is not divisible to allocate it to different companies. Hence, there could only be one relatively large company which would partner with the government to modernize the network. The government is on the right track in considering to tender this entity to only one telecommunication firm.

However, it would be suicidal to apply the same logic and go ahead with tendering the service part to only one telecommunication firm. The service part should be tendered to SEVERAL telecommunication companies. Guided by the rule of games to be formulated by the regulator, each of the service companies would have access to the existing infrastructure, which will be a semi-autonomous but regulated monopoly.

The service telecom companies will get access to the networks at regulated fees and then engage in competition to offer services to the general public. The general public would have the option of switching from one company to another at any point, depending on their competitiveness, that is prices they charge.

There are two primary motives for privatization in the modern world: (a) attract investment funds; (b) encourage competition (because it is absent in public ownership). I think Ethiopia’s privatization seems to get essentially anchored on the first motive, without due consideration for the second one.

In the case of Ethio-Telecom’s privatization, it is absolutely essential that the government moves away from the one-to-one to one-to-many formula, that is to say introducing many service companies.

Instead of excessively focusing on public-private splits, the government has to shift attention to more strategic ownership categories: domestic vs foreign! In my view, modernization of Ethio-Telecom requires a strong and highly experienced foreign telecom to partner with the Ethiopian government. This arrangement should not necessarily follow the 49% public-private partnership. In my view, the government share should be much higher than 51% given that the new firm will not start from zero, the assets are already in place, but need only revamping.

However, there is no compelling reason to invite several foreign firms to enter the service end and dominate the market. There are plenty of highly experienced Ethiopians who can quickly form companies, enter the market, compete among each other and provide efficient services to people of Ethiopia.

That would mean the billions that Ethiopian households spend on telecom service fees every week or month (calls, sms, internet access) would be retained in the Ethiopian economy, circulating again and again and each birr generating ripple or multiplier effects throughout the economy.

On the contrary, foreign firms dominating the service component means, Ethio-Telecom would become a leaky bucket, spending by Ethiopian households would be converted to dollars and then get poured out of the economy continuously for many years. By opting for a foreign investor, a few billions of dollars would be gained at the very outset.

Critically though, several billion dollars would continue to flow out of the economy every year for the foreseeable future. The government would need to balance between these two conflicting ends, weighing a temporary one off benefit in terms of earning hard currency this year against streams of costs, outflows of dollars endlessly in future years.

Thank you Dr. Ayele for such a wonderful analisys as usual. I believe the Ethiopian government has already set up a team of consultants to study as to how to proceed with the telecom privatization process. I wish you were one of the economists in the team.
Yet, they must listen to such independent voices and free advice while dealing with such a national business.
As a mstter of fact emperical experience tells us that the Ethiopian government preferres political gain to public interest. So it is less likely that the government would withdraw from the service part and commit itself only to infrastructure expansion partnership.
I remember a Staten Dr. Kassu Ilala once made while he was the board chairman of Ethio-Telecom. “Tele is an ever milked cow, how do you expect the government lift its grip?”
Another point in the service part is the tradition of taking down the Internet when the government is not at ease with the social media. In the face of volatility in politics, it may pose a challenge to the government to leave it entirely to the market. In fact, this part can be stipulated in the regulation document. But businesses cannot be happy with interferences that strain smooth operation.
I hope the Ethiopian government will note the constructive points you raised here.

Thank you Tullu for the kind words. Yes, we can only wish that the government consider options outlined here as well as expert opinion from others. The costly consultancy based advises may not necessarily reflect the reality on the ground. The consultants and their employees do not really want to spend that much time pondering over the matter. For them it is a rapid assessment exercises, subject to a tight deadline. It is our affair, and we Ethiopians may give the matter such a big weight, but in the eye of the consultancy firms and their employees, Ethiopian just a little exotic place, that their they venture into and then report to their friends as an adventure trip upon their return to their home bases. I am certain most naive policy practitioner back home do not have any idea about such things. Novice policy practitioners tend to get excited by flashy power-point presentations and the glossy printouts of inception, progress and final reports.

As for the service end and security matters linked to it, I have already received a twitter message from one enthusiast of the current approach to privatization. He bundles together a number of things like security, budget, etc, apparently from the same school of thought with Kassu Ilala. The cash cow notion is rather foolish, because the government would generate more tax revenues from flourishing domestic telecom firms.

By the way, regarding security, nothing is beyond human ingenuity. Economic policy designs involve creative thinking and innovative approaches. For instance, the government can own and run the ultimate “switch”, which it can turn on or off depending on security circumstances. It does not need a 49% stake to do that, the value of that switch is about the same as the one you would find in an electronic store in your neighborhood. If there is a will their is a way, always!

For me the most strategic decision is the share between domestic and foreign. This will affect the destiny of Ethio-Telecom forever. Handing over a bulk share to foreign firms would be suicidal.

Apparently, the government is ill-advised to do just that. I read a sense of urgency in their announcements, things like “in less than a year you would buy your SIM cards from new firms”. When they make such decisive statements, they have not done any thing to ensure that people have organized themselves to form domestic share companies and enabling them to compete in the bids they are about to announce. Why? Beyond me to comprehend. 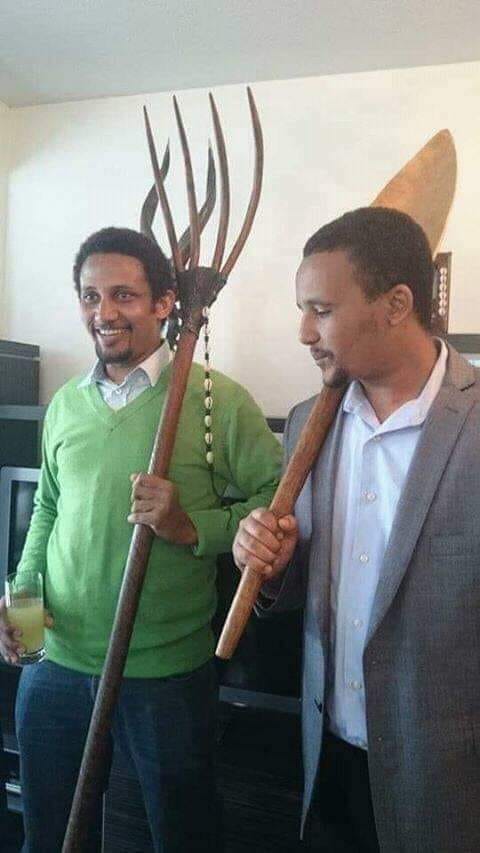